3) The connoisseur of people, factions, and ideologies

Being a tourist in the world of Fallout 4 is intriguing and has players come in contact with different people, cultures, and beings. Most of them are affected by the same general issues: the survival in an anarchic world and the search for order and stability. In addition, there is the omnipresent fear of the Institute and the mistrust of Otherness. In this regard, there are four major factions in Fallout 4 (and many more smaller ones ). All of these have their own ways of living, ideologies, and ideas about how a future Utopia should look like. 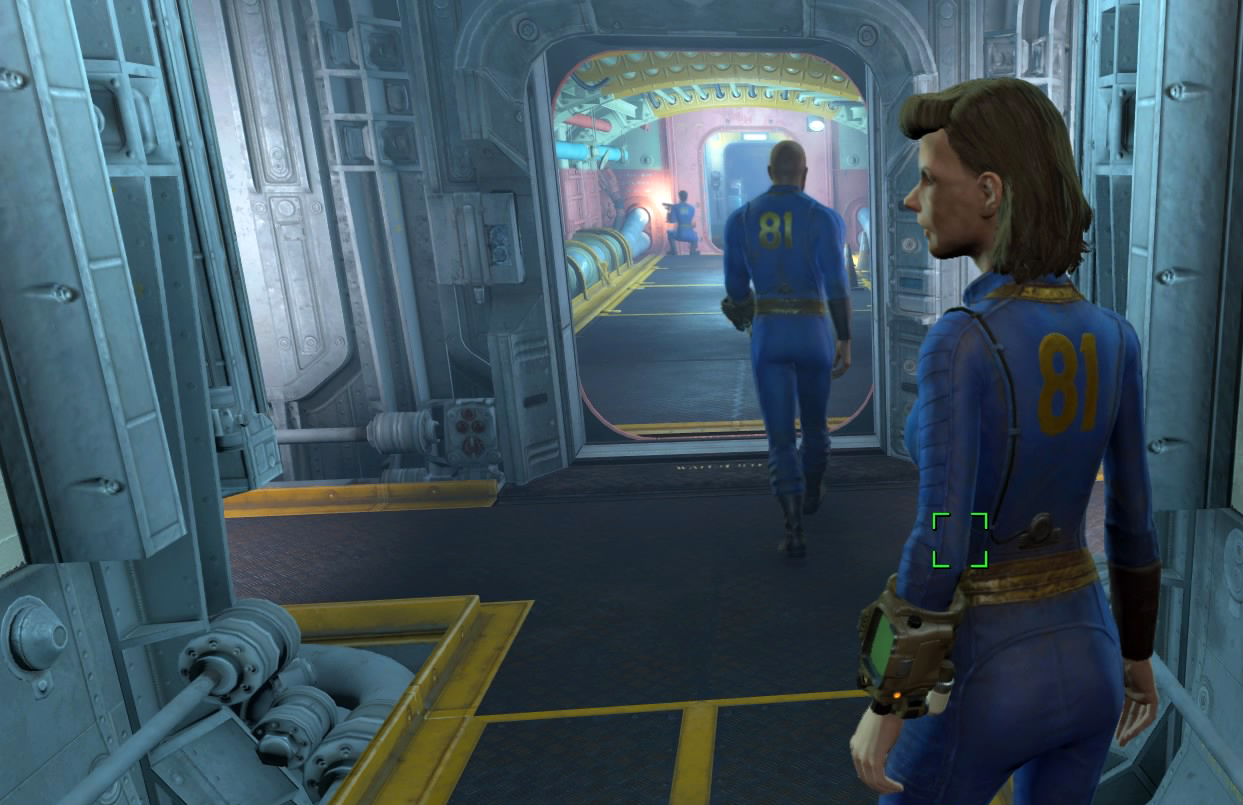 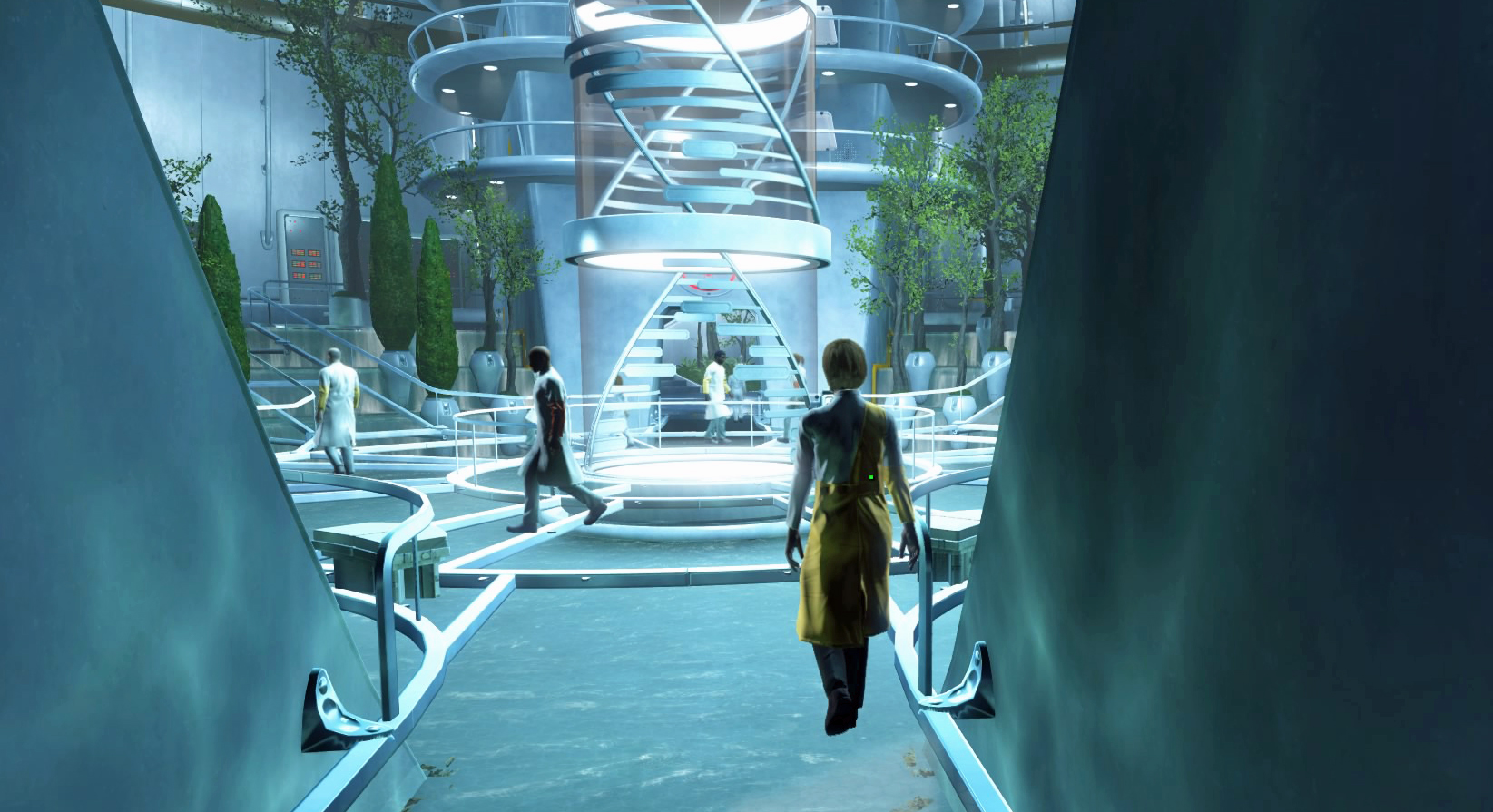 The Brotherhood of Steel

The Brotherhood of Steel arrive in the Commonwealth in the first half of the game (with their airship the Prydwen). Their agenda, thereby, is clear: bring order to the wasteland by accumulating technology to ensure their (fire) power. And cleanse it from any filth (by which they mean Synths, Ghouls and Super Mutants; in other words anything that is not human)! The references to nationalism and fascism are indeed very clear here (although there are of course exceptions within the faction), and a very interesting juxtaposition here are their antagonists in the Super Mutants. 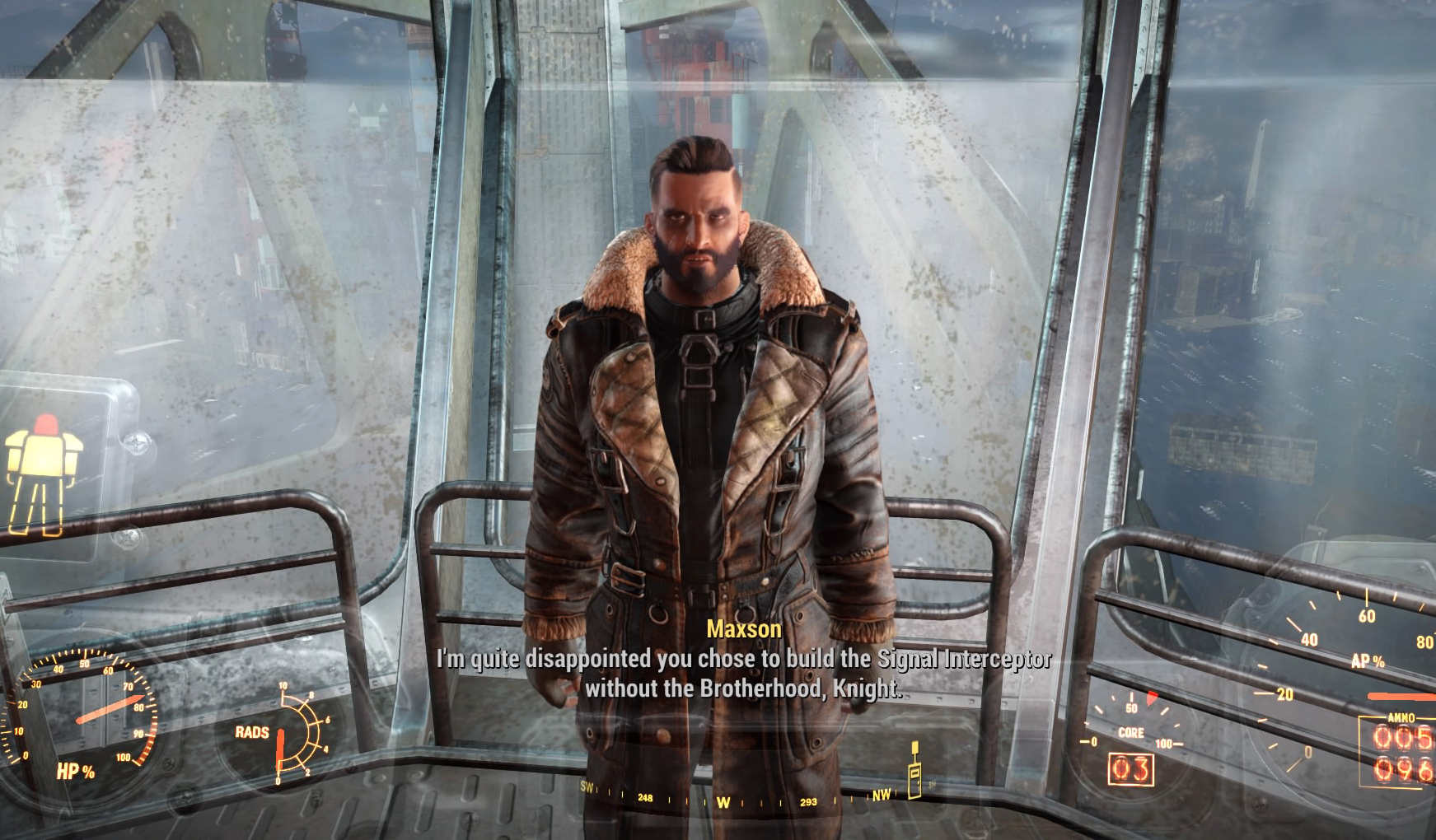 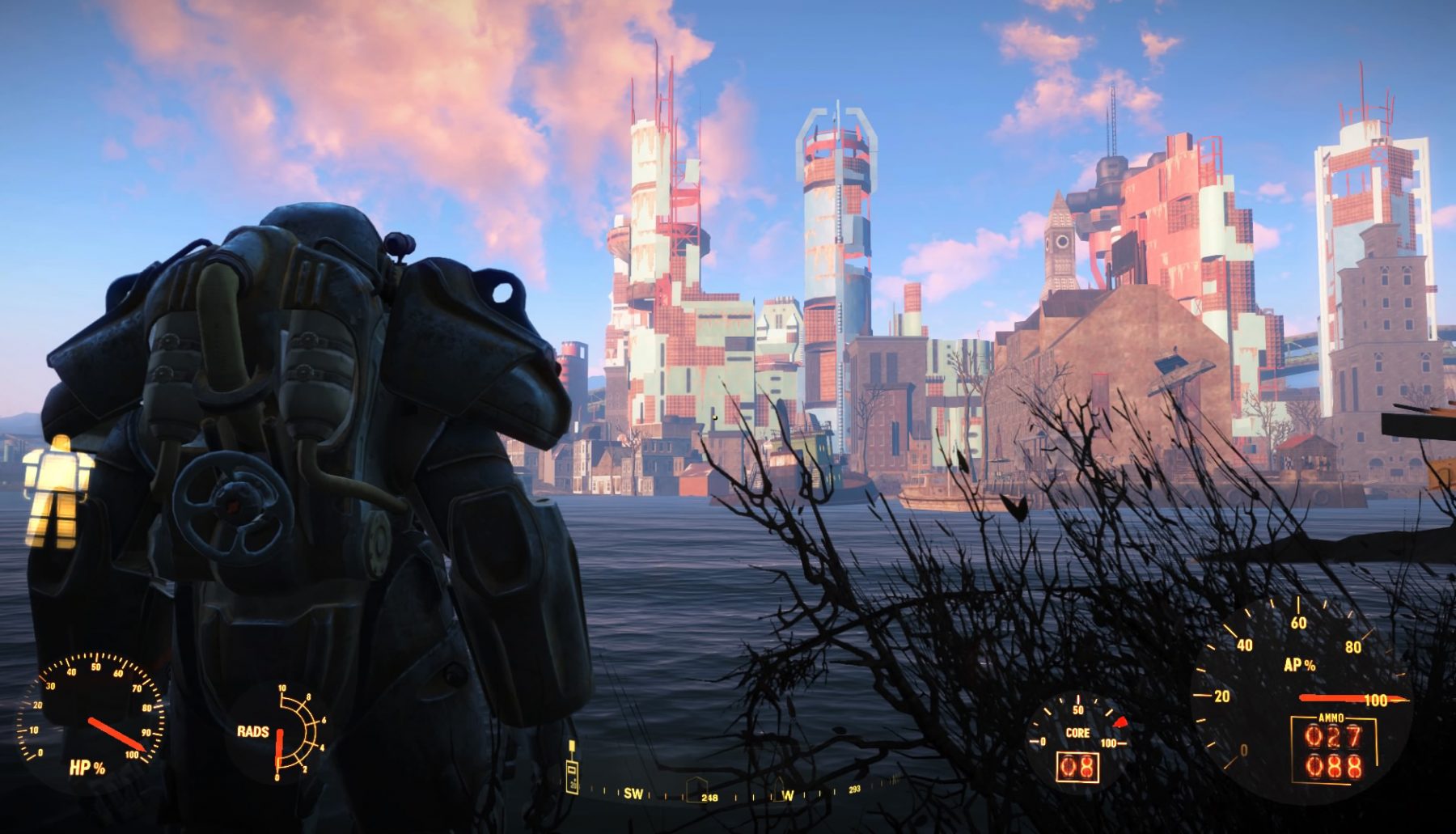 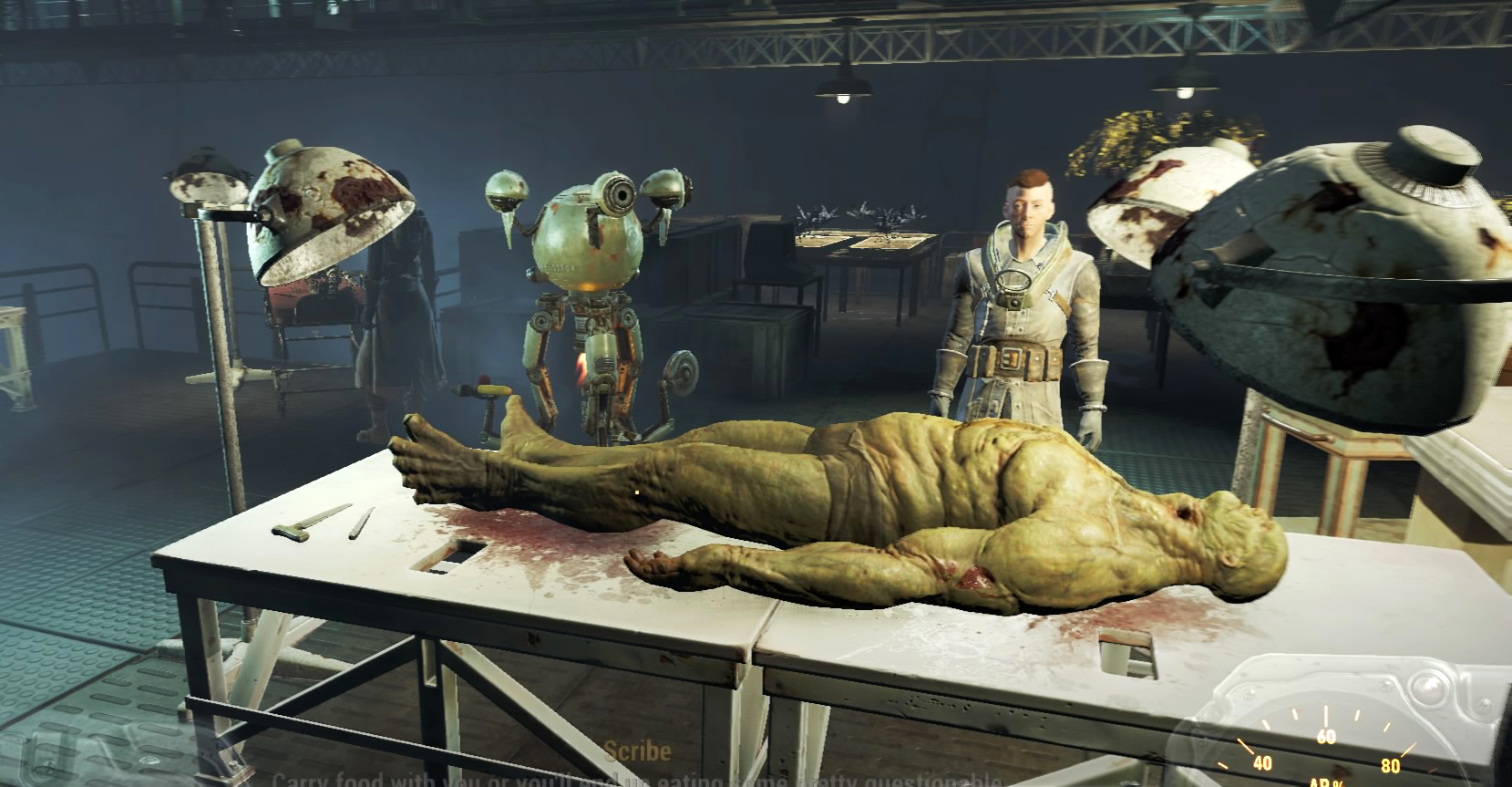 Whereas the nationalist Brotherhood of Steel regard the Synths as dangerous (as things that do not deserve to live), the Railroad functions as their humanitarian opposite. In their attempt to save the Synths and hide them in safe houses until they are integrated into society, a clear connection to the real-world Underground Railroad from the mid-19th century can be established. Similarly, these helped African American slaves to escape to the north and to Canada. However, the Railroad only appear on first sight as the ethical group within the wasteland. For they are very naive in their agenda and even place the Synths higher as other beings. 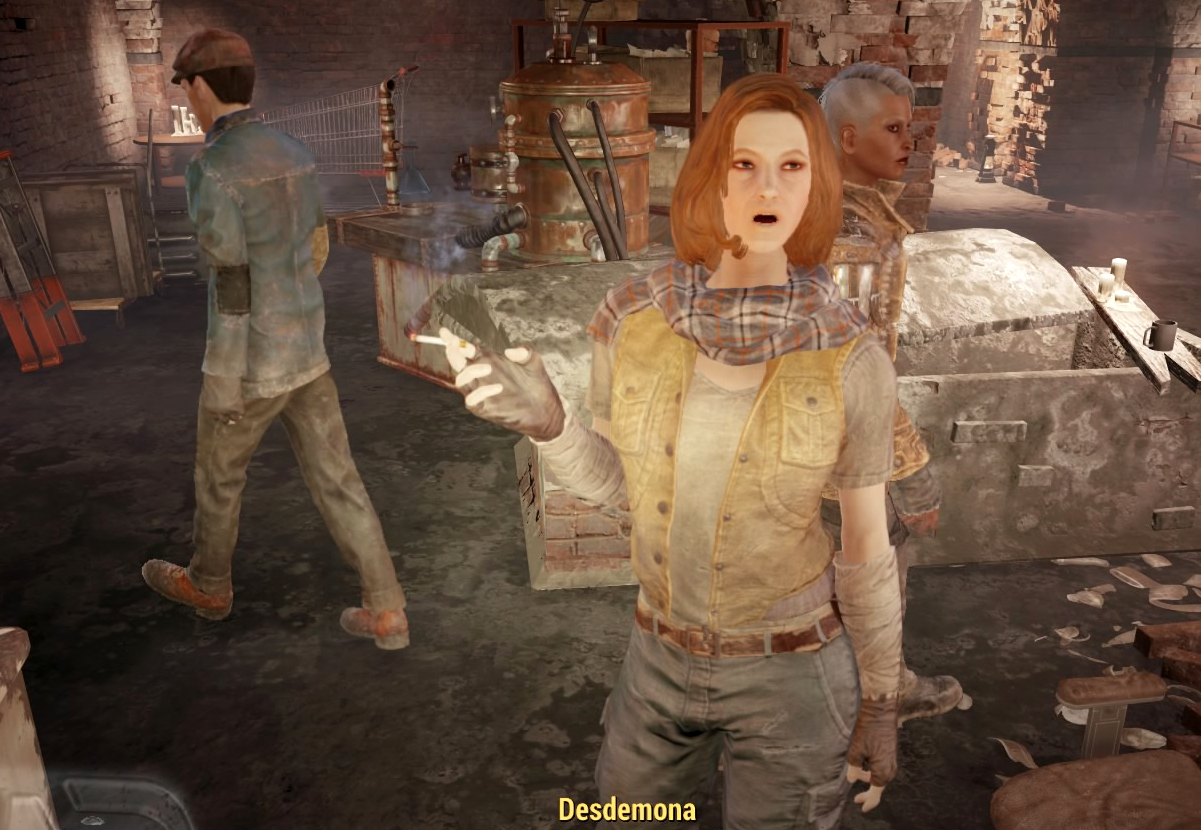 The Institute, on the other hand, pursues a different agenda. They are the underground bogeyman of the Commonwealth and aim to replace the anarchical filth from above with artificial beings so that they can establish a society of scientists. The elderly leader of this factions is thereby the protagonist’s son, who has aged during his father’s time in stasis. This grants the story one of many father / son relations so common to modern video games. Yet, the desire to rebel against authority (the parent in question) is turned around by Fallout 4. Thankfully, the game goes beyond this thematic and lays the focus on the establishment of a new world. 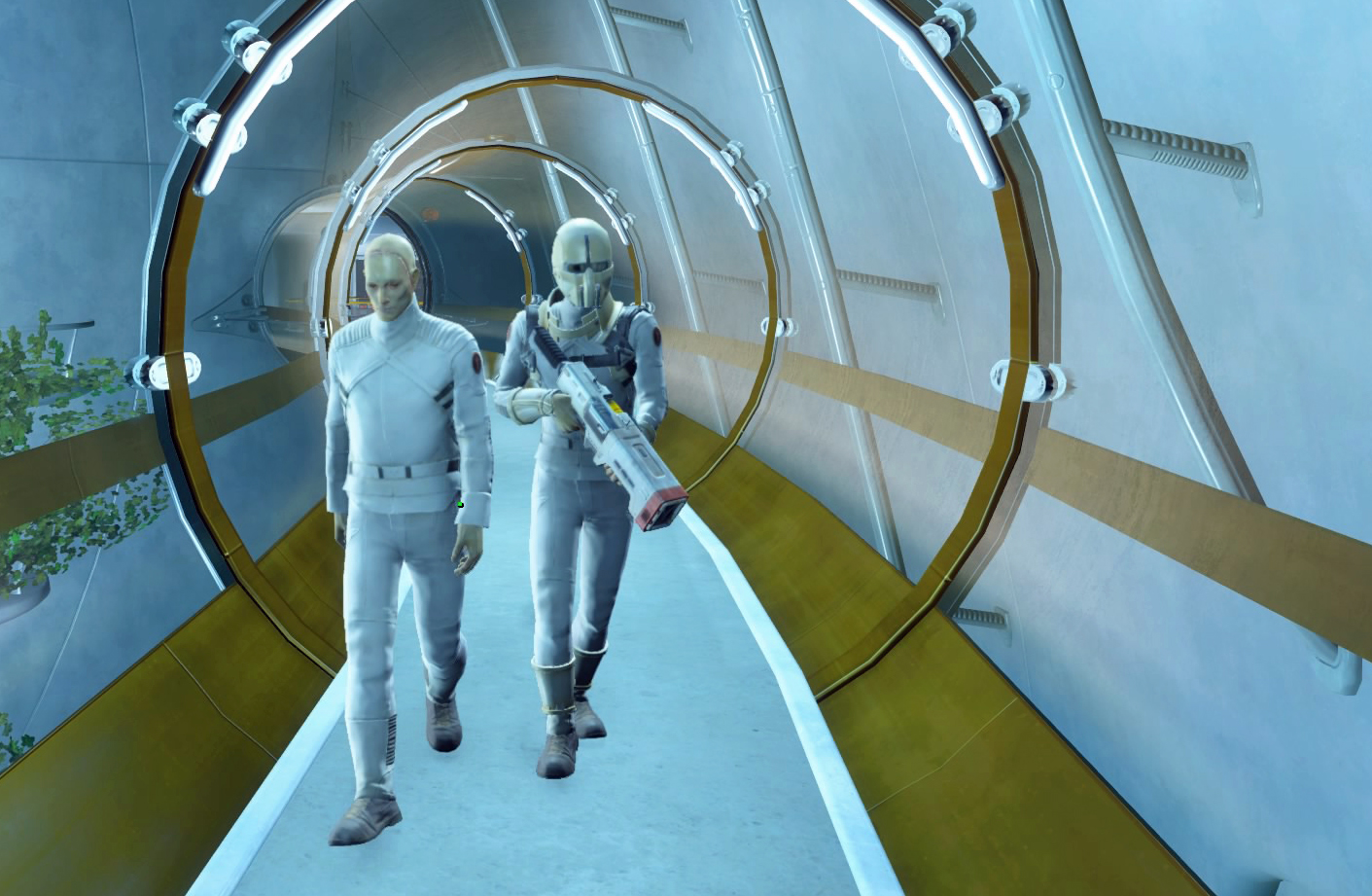 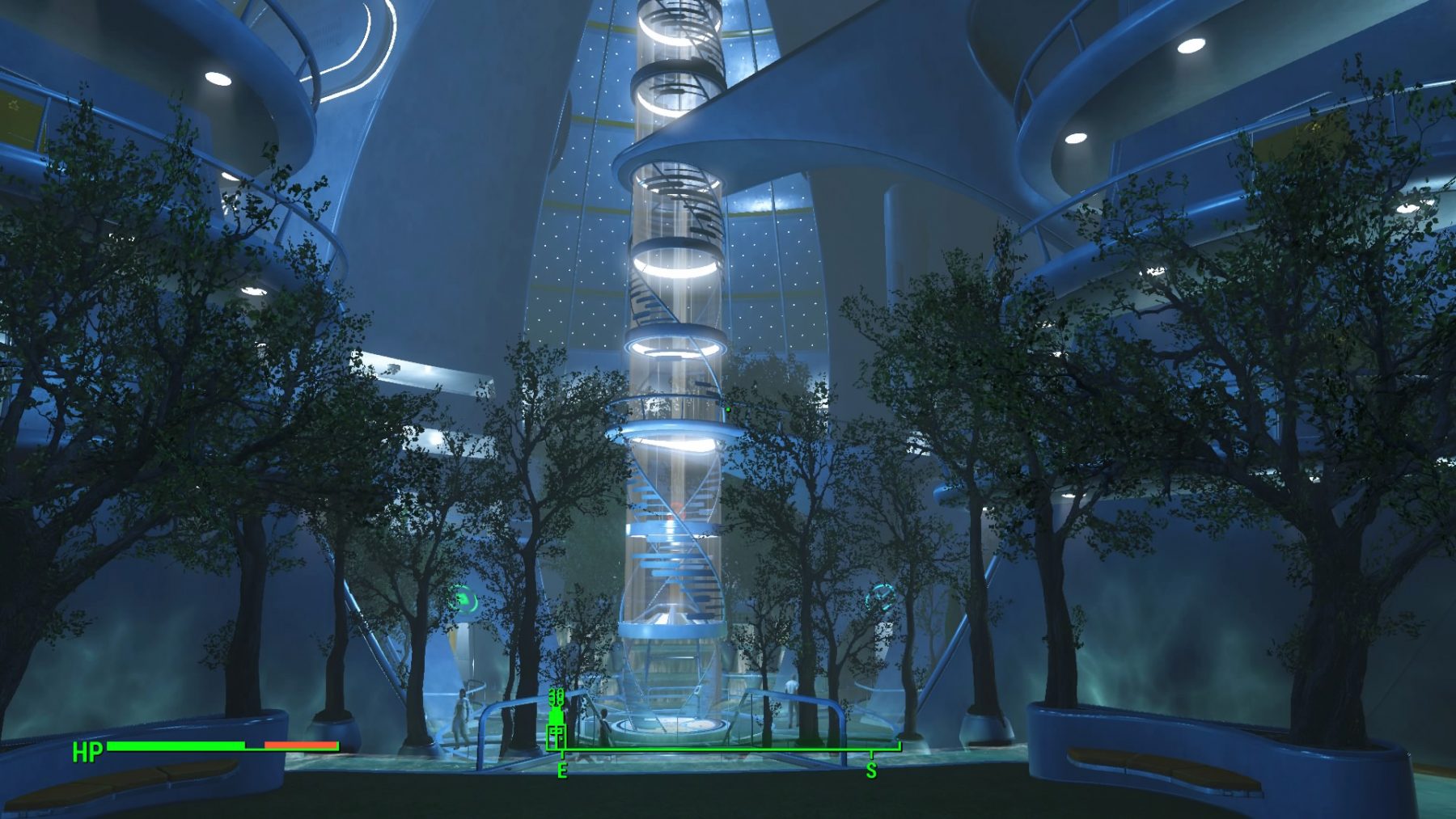 Especially interesting is the creation process of androids. Game tourist may witness these in one of the rooms underground, and in a scene highly reminiscent of the Terminator films or other science fiction classics. 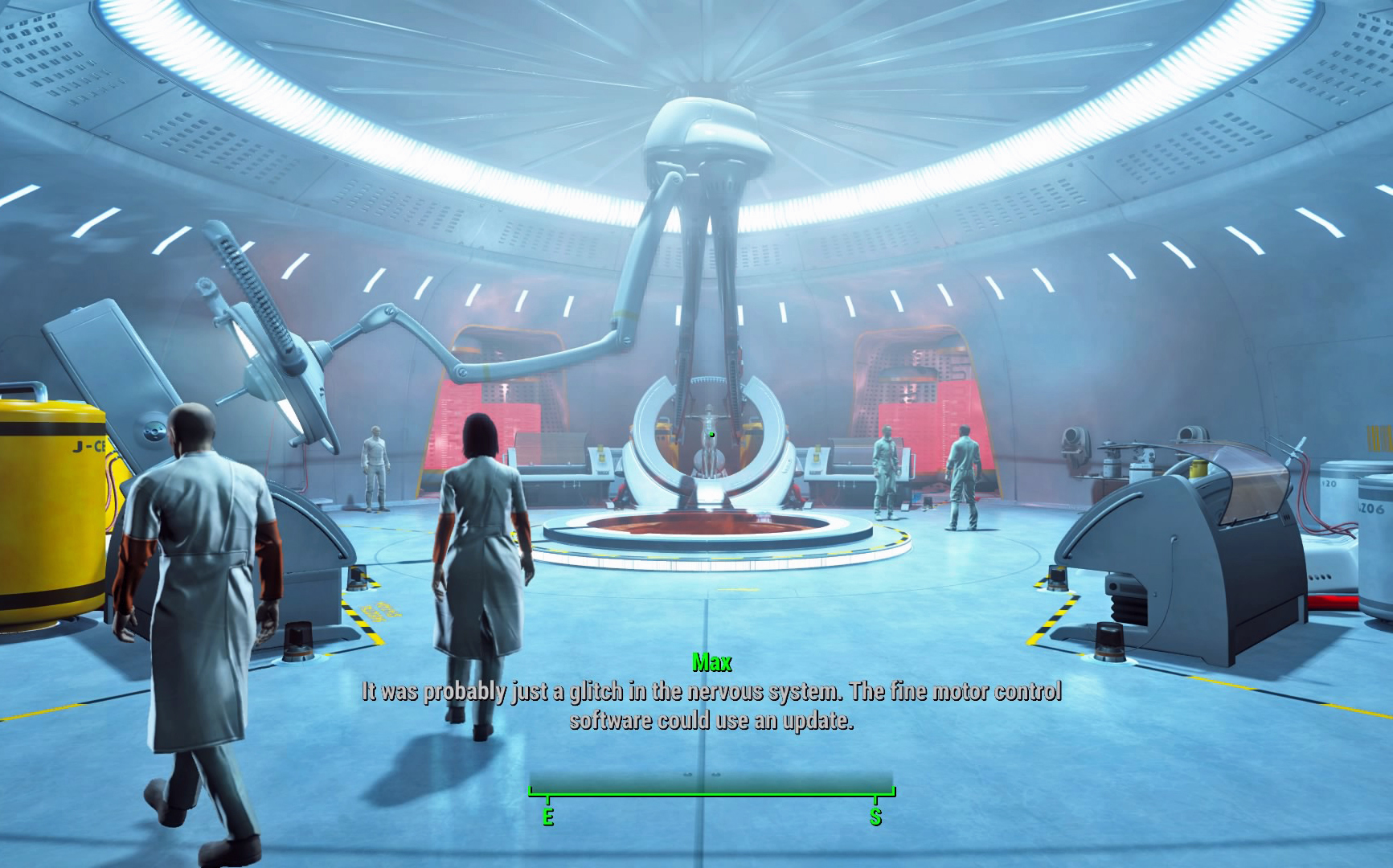 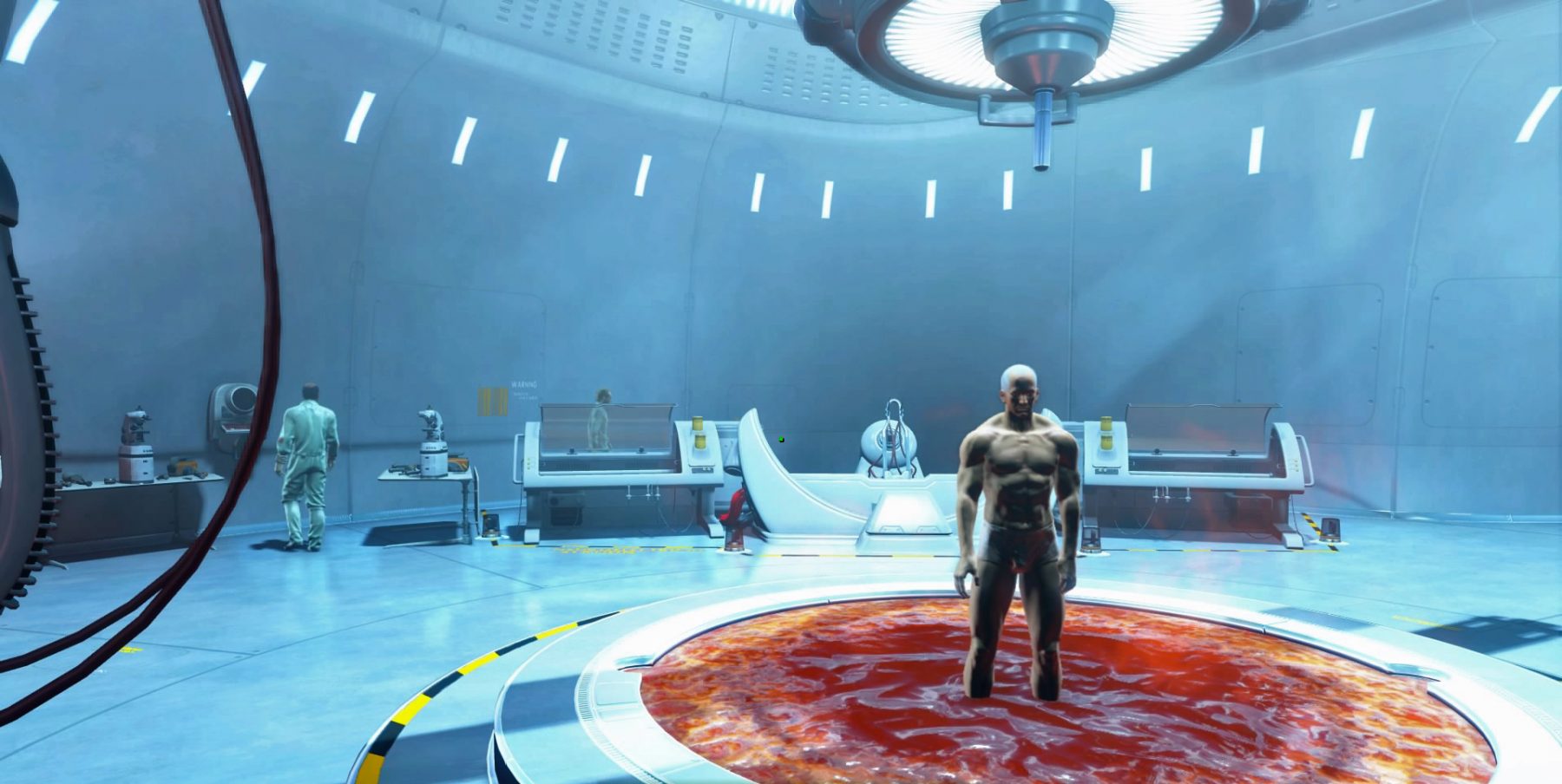 Lastly, there are the Minutemen. A faction with clear references to the independently formed, eponymous militia in the American Revolutionary War. Their agenda is to restore order to the Commonwealth by establishing a network of egalitarian communities and dealing with the Raider threat. As all the other factions, the Minutemen only appear as clear on first sight. The ambiguity, then, rests with how they pursue their goals, and refrain from negotiating with the Raiders. Also, the (potential) decision to destroy the Institute, the Brotherhood of Steel, or the Railroad are questionable.

All these factions take inspiration from American history (but also create allusions to contemporary trends) and urge players to create imaginative connections between both worlds. This manifests as well in how players may deal with the factions, for whom they will conduct missions, with whom they will side, etc. And, eventually, how they will decide which of these ideologies they deem best to control the Commonwealth.

A particular utopian (or dystopian) energy is thereby placed on the creational aspects of the game. Players may choose to build a network of egalitarian settlements dispersed throughout the Commonwealth, where people of all races and ethnicities are welcome. However, they may also choose to do nothing or spend the resources they encounter to create phallic symbols of power to fuel their selfish desires. (see next section)

Besides the four major faction, there are many smaller ones. One of these are the inhabitants of Vaults, and how they survive within their underground bunker. 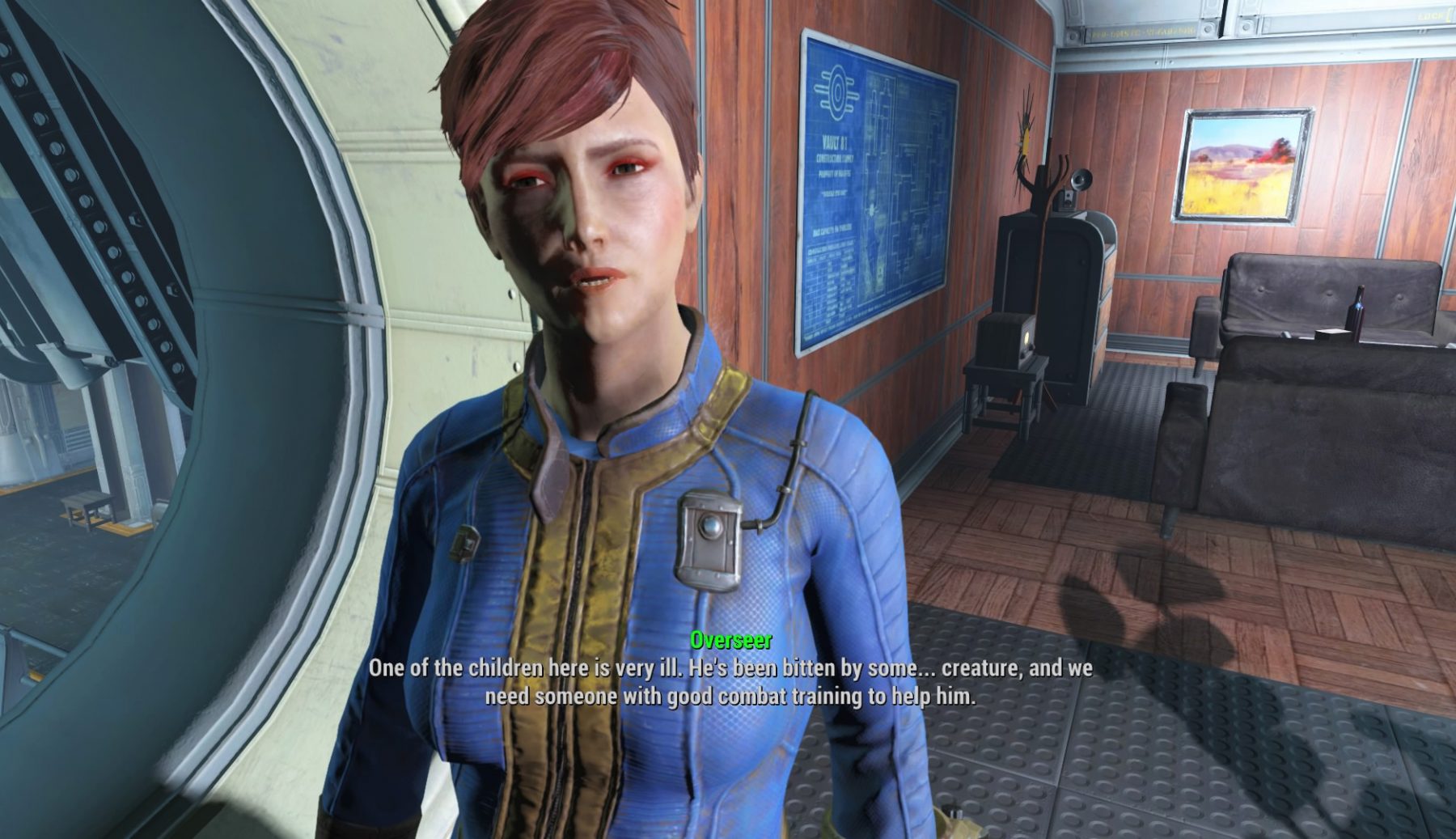 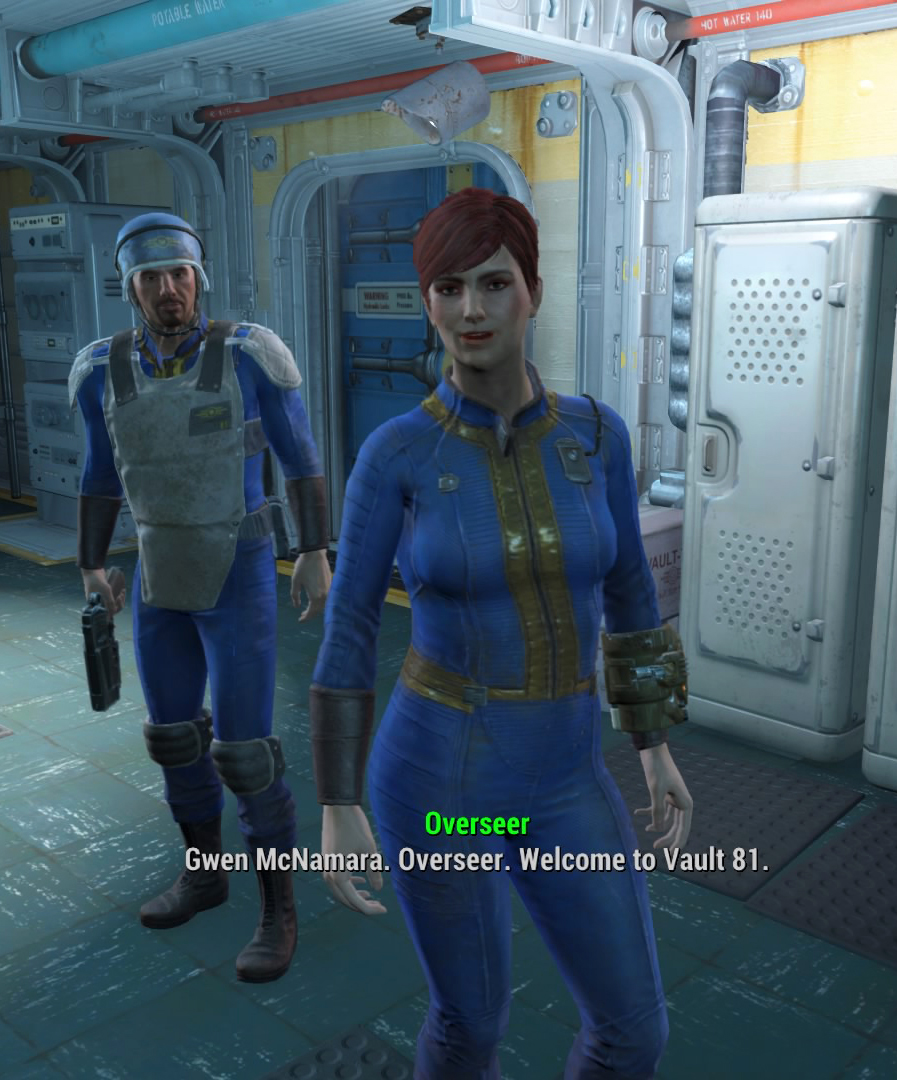 Finally, there is the faction of the Children of the Atom. The religious fanatics live close to where the bomb has hit the Commonwealth. In the midst of nowhere and a crater of radiation. 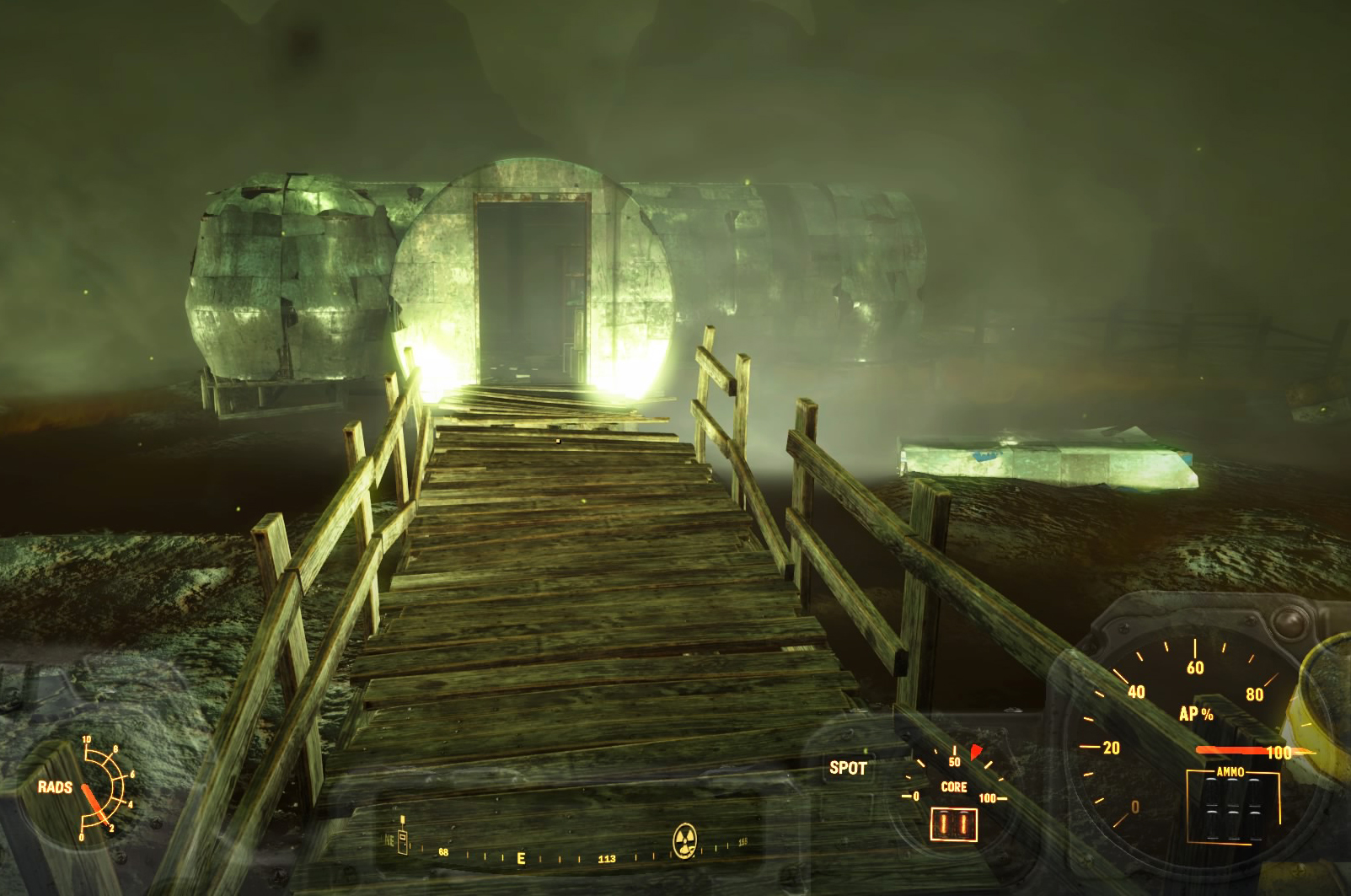 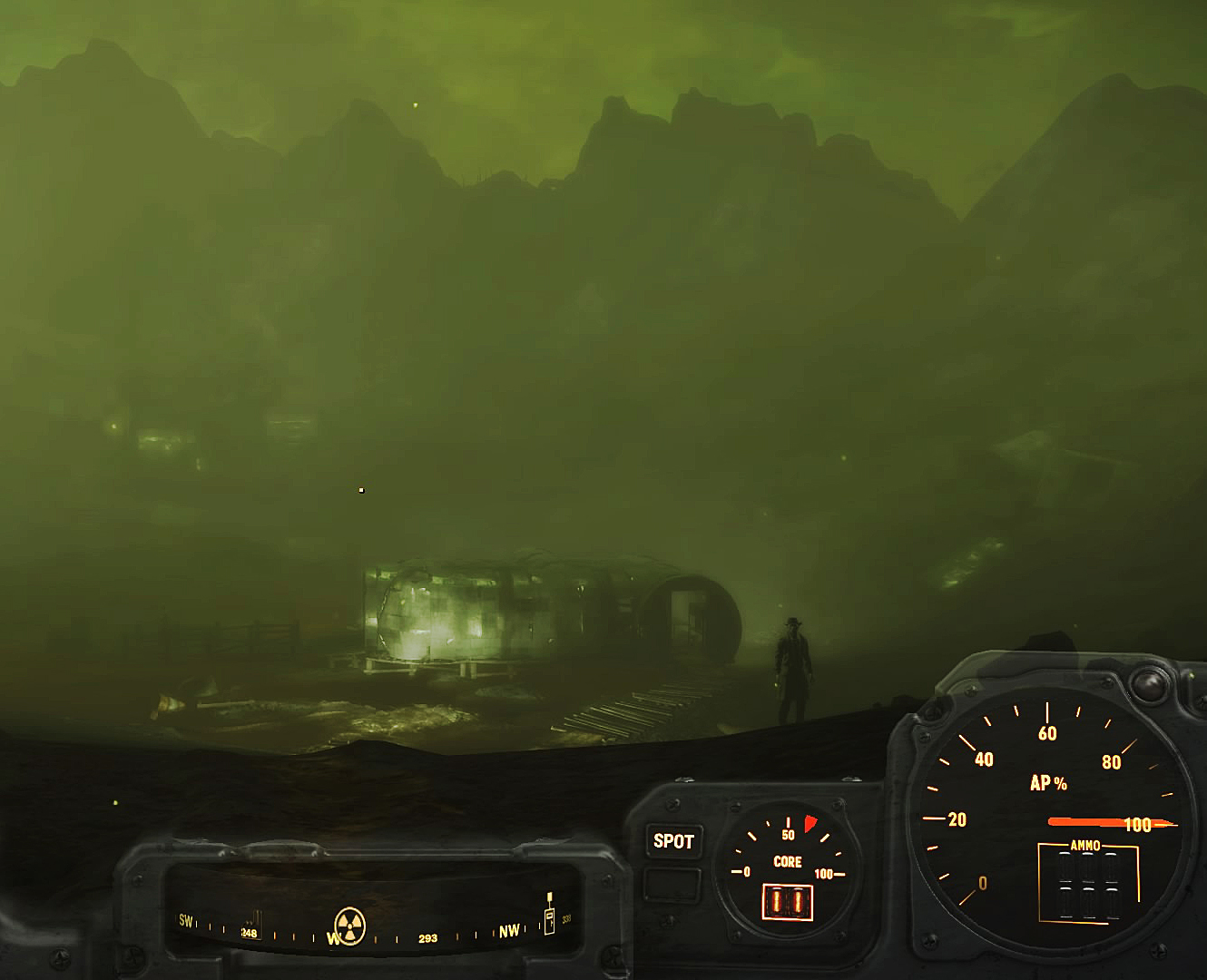 This connects the game and its sarcastic tone to the film Dr. Strangelove: How I Stopped Worrying and Loved the Bomb (Stanley Kubrick, 1964) and also Fallout 3(Bethesda Game Studios, 2008). Here, the city of Megaton was established around an undetonated nuclear warhead—a telling name, indeed. The bomb, as such, creates a beautiful metaphor of this world’s dilemma, in which the Children of the Atom established a religious cult around it. The player becomes involved in this problem and can decide between disarming the bomb (thus reassuring the safety of Megaton’s citizens) or blowing it up (and receive an apartment in the nearby Tenpenny Tower).