The following notes are brief. Nonetheless they describe my venture into the vastness of the universe, in search for … I don’t know yet.

August 10th, space year 2016… The Rasamama S36 had crashed, and I was forced to reassemble it, collecting materials from the planet, but avoiding the guardians.

The planet resembled those with a lush vegetation. Multi-coloured with a few animal species roaming the lands. There was no immediate danger, but I chose to act quickly, for to move on. The cave system was vast and dark, and it was easy to loose oneself in it. With the materials excavated, I returned to the plant’s surface to continue the search. 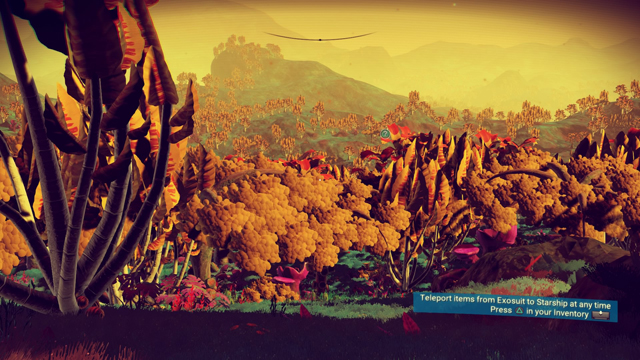 I had all of them, and with the ship repaired, I embarked on the venture to the stars. Quite melancholically I looked back at the surface. What had taken me hours to walk, I was now able to reach within a few seconds. Distances are relative, always have been. I left the orbit and gazed back at Morbius, crossing the first threshold into outer space.

I fired up the pulse engine, passing three unknown planets I might discover later, and with a burst headed right towards the nearby space station, where I exhaustedly fell asleep. 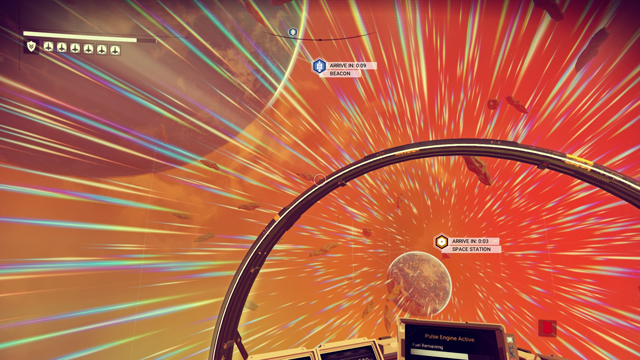 No Man’s Sky_The Rasamama S36 fires up the Pulse Engine