Firewatch (Campo Santo, 2016) is video game narrative whose experience is something rarely achieved in video game fiction. It begins in the form of a classic text-adventure to then move into the realms of modern versions of the genre. The game, thereby, sets the player into the role of Henry, who struggles with personal issues because of his wife’s sickness, and involves him in a tranquil journey of self-discovery. Starting on an initial level of confusion, the plot inexorably leads into the depths of human unconscious (underlined by the spreading of the June fire) and to the solving of mystery.

Most noteworthy, thereby, are the player’s long strolls in nature. These take on the function of both an escape from the everyday routine as well as a reflection on it. They calm the player, yet at the same time terrify her. Especially once the plot starts to thicken, as an unknown stranger begins to pay close attention to our doings.

Nature, therefore, assumes a sublime character which endows the experience with a feeling of solitude and pettiness. This is further reinforced by Henry’s (the player-character) relation to Delilah, a woman to whom you talk on the radio and who keeps you company on your daily job. Although standing in close contact to her, the relative distance to her watch tower seems insurmountable. And a potential romance is frustrated by reality closing in again. 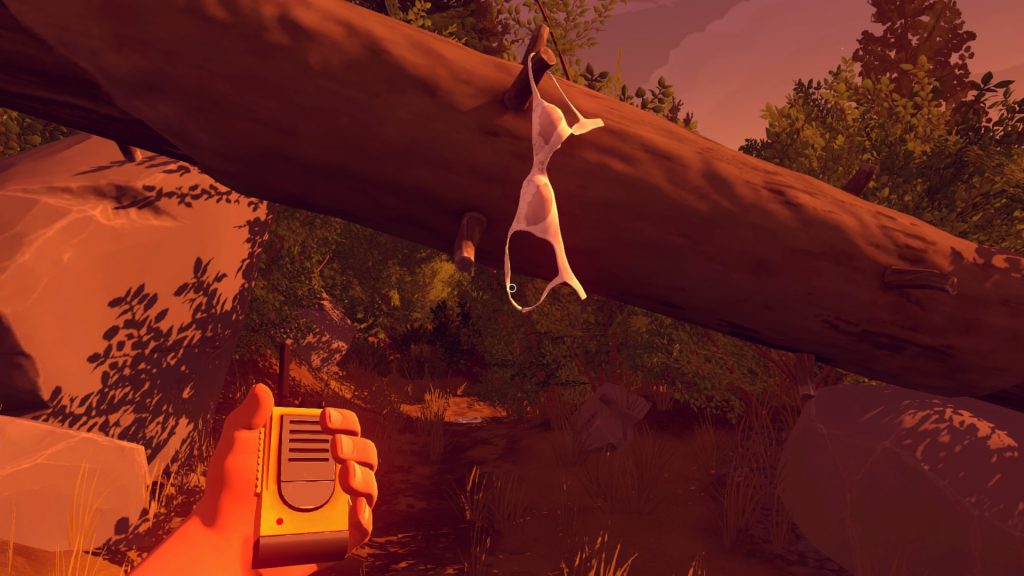